The Taps and Plumbing Supplies (TaPS) business began as a brass and iron foundry, before moving to manufacturing taps. Today, TaPS is one of Auckland’s established supplier of tapware.

Two models of taps are manufactured – a basic and a premier model. The premier model was introduced in 1998 and it has proved to be both popular and profitable. In 2012 it accounted for 40% of the total units sold and over 50% of the company’s profit. These statistics are shown in the 2012 Statement of Financial Performance.

In Stage 1 of the existing cost allocation systems this service department cost ($360,000) was allocated to the machining and assembly departments based on the machine hours used in each department.

In Stage 2, separate cost driver rates were determined for the two production departments based on their respective direct labour hours. These rates were used to allocate the support costs to the two products. 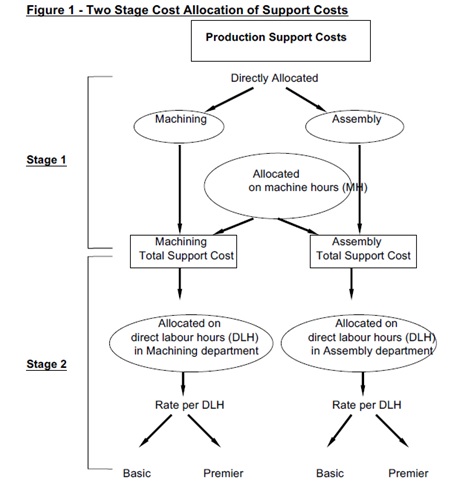 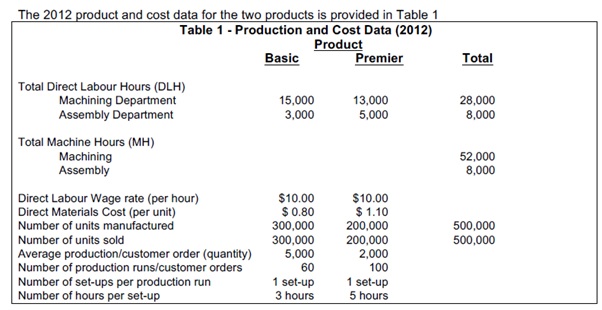 TaPS profitability has been declining for the last two years despite the introduction of the Premier model that has now captured over 65% of the share of its segment of the industry. Market share for the Basic model has decreased to 12%. In an attempt to understand the reasons for the decline in profitability, the company has formed a special task force.

This task force has proposed a new costing system based on an activity analysis that has been undertaken. Three cost drivers have been identified – direct labour hours, set-up hours and number of orders. Production support costs have been traced to four cost pools; each identified with a unique cost driver as presented in Figure 2 and Table 2. 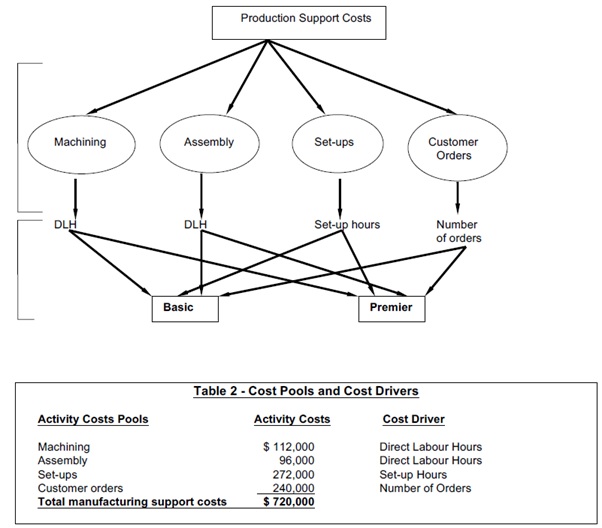 The task force also analysed selling and administrative expenses using an activity analysis. This analysis is given in Table 3.

under the existing costing system.

product costs into each of their components)

under the proposed activity-based costing system

product costs into each of their components)

Click on Buy Solution and make payment. All prices shown above are in USD. Payment supported in all currencies. Price shown above includes the solution of all questions mentioned on this page. Please note that our prices are fixed (do not bargain).

If your question is slightly different from the above question, please contact us at info@myassignmentguru.com with your version of question.